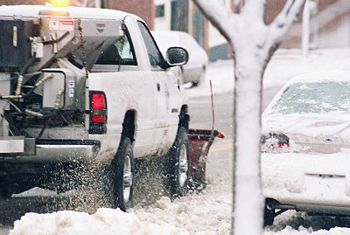 This article provides guidelines for the application of salt to the roadway for a variety of winter storm conditions. The timing and application rates were developed under the SHRP/FHWA Research Program, in which MoDOT participated. Many Maintenance personnel who have tested these procedures have found them to be valuable in their winter maintenance operations. The statewide implementation of this technology will help produce safer driving conditions on MoDOT’s continuous operations routes during winter months.

This is a guide to highway anti-icing operations for Maintenance field personnel. Its purpose is to recommend maintenance actions for preventing the formation or development of packed and bonded snow or bonded ice on the continuous operations routes during a variety of winter weather events. It is intended to complement the decision-making and management practices of a systematic anti-icing program so that continuous operations routes can be efficiently maintained in the best possible condition.

Guidance for anti-icing operations during five winter weather events is available. The five events are: 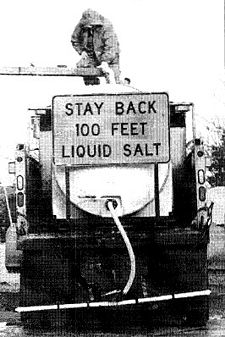 Continuous Operations Routes. This system includes all major highways, minor highways with traffic volumes of 2,500 ADT or greater and other urban and community routes designated by the district in consultation with the Maintenance Division. This also includes all designated incident bypass routes.

These routes will receive plowing and application of snow and ice control treatments on an as needed basis, throughout the storm until all lanes are restored to a near normal condition.