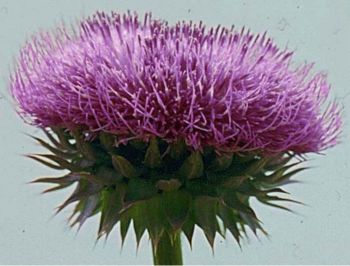 Agitation: The mixing or stirring of herbicides in a spray tank.

Annual: A plant that completes its life cycle in one year. Examples include pigweed, ragweed and crabgrass.

Active Ingredient: That portion of the chemical formulation directly responsible for herbicidal effects.

Back Flow Prevention: A process to be followed to eliminate the risk of contamination of a water supply.

Bareground Herbicide: A non-selective herbicide that controls nearly all plants for a period of time.

Basal Bark/Stem Treatment: Treating the lower 12 to 18 in. of the tree trunk during the dormant season.

Biennial: A plant that completes its life cycle in two years. The first year it produces leaves and stores food. The second year it blooms and produces fruit. Examples include thistles, common mullein and teasel.

Bolting Stage: Takes place in the second year of a biennial plant and is when the seed stalk shoots up to complete seed production and maturity.

Boot Stage: The stage of growth where the upper leaves of the grass plant swell prior to heading and seed production.

Broadcast Application: An application of spray over an entire area rather than only individual plants. Application done with specialized or series of nozzles.

Broadleaf Weeds: Plants with broadleaves including flowers, trees, and a variety of other plants.

Calibrate: To determine the amount of solution being applied to a given area.

Carrier: The material added to a chemical or formulation to facilitate its preparation, storage or use in the field. Water is the most common carrier.

Chlorosis: The yellowing of a plant's leaves.

Compatible: Compounds or products, which can be mixed without affecting the other’s performance, are said to be compatible.

Contact Herbicide: Controls the part of the plant that the herbicide is applied to. 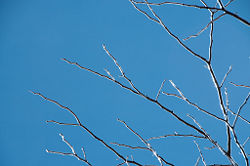 Cut Stump Treatment: Treatment of the cut surface area of the stump, usually within 30 minutes for best results.

Deciduous: Plants that lose their leaves during the winter.

Diluent: Any liquid or solid material serving to dilute or act as a carrier for an active ingredient or formulation.

Dormant Spray: Chemical applied in winter or early spring such as basal treatments on trees and brush.

Drift: Spray particles that are carried away from the target by the wind.

Dry Flowable: A granular that will readily form a suspension in water.

Emergence: The act of the germinating seedling breaking through the soil surface. This is often the preferred stage for selective herbicide application.

Emulsion: A mixture in which one liquid is suspended in minute globules in another liquid.

Foliar Treatment: Applying herbicide to the leaves of the tree.

Germination: Process of germinating or beginning of vegetative growth. Often refers to the beginning of the growth from a seed.

Herbaceous: A plant that remains soft or succulent and does not develop woody tissue.

Herbicide: A chemical or chemical formulation specifically developed to control or inhibit the growth of a plant or group of plants.

IPM: Integrated Pest Management. Using a combination of biological, chemical and/or mechanical means to control a pest such as Musk Thistle.

LC50: The lethal concentration required to kill 50 percent of the test population measured in milligrams per liter.

LD 50: The lethal dose that is required to control 50 percent of a test population of animals measured in milligrams per kilogram of body weight.

Label: The most comprehensive piece of information about the herbicide selected for use. It must be thoroughly read prior to any application and attached to all herbicide containers.

Lateral Movement: The movement of herbicides on or near the soil surface.

Leaching: The downward movement of the herbicide in the soil.

Mode of Action: The chemical reaction that takes place when a plant is treated and controlled by an herbicide.

Modified Spray Zone: An area designated along the roadside that requires special consideration. Examples are the area an individual requested to not be sprayed or the area that has a colony of plants classified as endangered species.

Noxious Weed: A plant that is undesirable and troublesome and required by state law to control. Johnson grass and Musk Thistle are examples.

Perennial: A plant that continues to live and grow from year to year. Some plants in this category may die back to the ground each year and other may continue to grow on the previous year's growth.

Post-Emergent Herbicide: An herbicide used to control plants after the plant emerges.

Pre-Emergent Herbicide: An herbicide used to control plants before the plant emerges.

Residual Action: Control of plants that take up the herbicide through the roots, sometime long after the herbicide has been applied.

Residual Herbicide: Herbicide placed on target area that remains active in the soil for a period of time.

Rosette Stage: First year growth of a biennial plant, with clumps of leaves on the soil surface.

Selective Herbicide: Controls only certain types of plants without affecting other types of plants. Example: controlling broadleaf weeds with 2,4-D herbicide and leaving the grasses.

Side Trimming: Using an herbicide to treat the limbs of trees that are growing toward the road which need to be controlled without affecting the rest of the tree.

Spot Treatment: An application of spray over individual plants rather than the entire area.

Spray Drift: The movement of airborne spray particles from the intended contact area to other areas.

Stem: Those parts of the plants above the ground that support leaves, flowers or fruit.

Suspension: A solution in which a liquid or fine solids are suspended or dispersed.

Systemic: Herbicides that can be absorbed by the roots, stems or foliage and are translocated through the plant system.

Target: The weeds or brush that are to be treated with an herbicide.

Tolerant: Capable of withstanding effects. Grass is tolerant to 2,4-D.

Toxic: Poisonous. May cause injury to animals or plants through contact or systemic action.

Translocate: The movement of the herbicide throughout the plant.

Vapor Drift: The movement of vapors from the area of application to other areas.

Volatility: The vaporization from liquid form that causes herbicide movement off the target plant.

Weed: A plant that grows where it is not wanted.

Window of Application: The critical time period in which an herbicide may be applied to a target plant and be effective in controlling the target plant.