821.4 Pesticides and the Environment 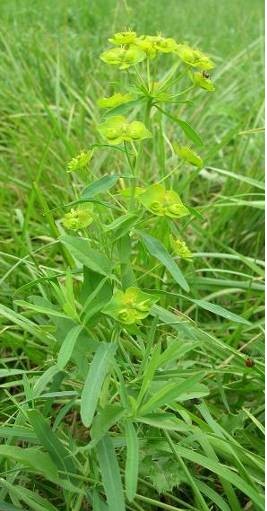 Read the label of each pesticide for any special considerations.

Pesticide - Pesticides are a group of products that includes insecticides, herbicides, algicides, miticides and several other products specific to a particular target. Insecticides are used to control insects. Herbicides are designed to control plant growth. A right of way pesticide application will rarely be any product other than a herbicide.

When: Contamination can occur when a pesticide moves from the target site into an area that is not intended to be sprayed

Example: a herbicide goes off the intended target site and moves into the storm sewer or drifts off of the right of way

Sensitive areas. When applying any herbicides, be aware of sensitive sites around the area

A. Outdoor sensitive areas include:

1. Ground water that is near the surface or that is easily accessed. Examples: wells, sinkholes, porous soil.

2. In or around surface water

3. Near or around endangered species habitats

5. Near gardens, food, or feed crops

B. Indoor sensitive areas include:

1. Where people live, work, or are cared for

2. Where food or feed is processed, prepared, or served

3. Where domestic or confined animals live, eat, or cared for

4. Where other ornamental plantings are grown or maintained

A. The movement or spreading of a pesticide from target area to non-target area. Pesticides can move or spread in different ways:

1. Drift: the movement of pesticides by wind or air currents

2. Leaching and run off: the movement of pesticide by water

3. Through plants, clothing, boots and animals

B. Effects on non-target plants and animals:

3. Pesticide run-off may harm fish of other aquatic life

C. We must remember that the environment is everything around us

D. We should take precautions to protect our environment when applying pesticides 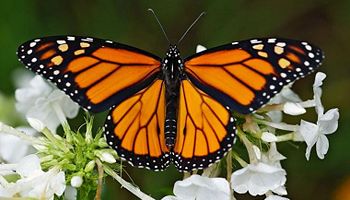 The popularity of monarch butterflies makes them the focus of conservation concern; while human activities affect all organisms with which we share the earth, monarchs engender more than their share of public concern. The attraction to monarchs, and the resultant conservation and scientific interest have enriched human knowledge of the natural world and our resolve to preserve it.

Roadsides once constituted a small, but significant, portion of monarch habitat. Due to herbicide application and mowing, these habitats have mainly changed to grasslands containing few flowering plants, and thus provide poorer-quality wildlife habitat. Additionally, milkweed is considered a noxious species in some areas, resulting in eradication efforts.

Indiscriminate spraying of roadside, especially in stands of milkweed not creating sight distance issues, is discouraged.

Go to http://www.cdms.net/LabelsMsds/LMDefault.aspx for label information.