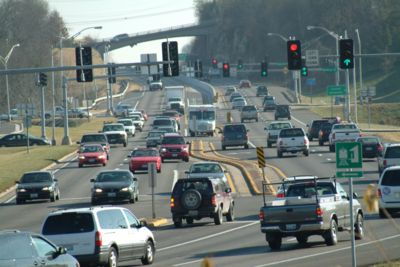 Adequate spacing is needed between grade-separated interchanges on high-speed roads to allow for safe and efficient weaving or changing of lanes for traffic that is entering and exiting. Generally, speeds are higher in rural areas so interchanges must be spaced farther apart there than in urban areas.

Interchange spacing decisions are to be supported by an operational and level of traffic service analysis. Connectivity, speed and safety are also to be considered. In highly dense urban central city areas, the configuration of the local street system may require a closer interchange spacing to maintain connections and mobility.

Spacing greater than the distances shown is advantageous for safety and operations. Distances shown are between the centers of interchanges.