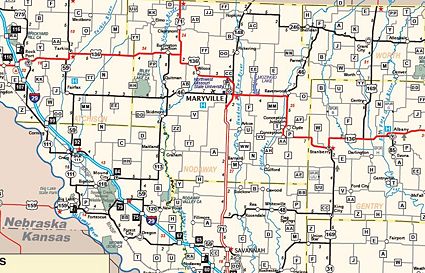 943.2.2 U.S. Numbered Routes. The following requirements, as defined by AASHTO, must be met for a section of road to be considered for U.S. numbering:

943.2.3 State Numbered Routes. A state numbered route provides a more regional service than a U.S. numbered route. A set of guidelines has been developed:

Lettered Route to be Resurfaced in a Town

943.2.4 State Lettered Routes. These routes use a maximum of two letters. They are functionally classified as either a minor arterial or below and connect with other collector routes. State lettered routes are not to be a series of short segments marked as various lettered routes. They terminate at an arterial except