Airport Directory & Travel Guide. The directory offers aerial photos and detailed descriptions of all Missouri public-use airports. Many of the listings have been updated and revised for this edition.

The directory includes information specific to the landing facility as well as local area attractions and services.

Airport Safety Inspections. Under contract with the FAA, MoDOT's aviation section performs airport safety inspections to all public use general aviation airports in Missouri. Airports are inspected on average once every three years. Inspections focus on identifying safety concerns such as obstructions in the runway protection zones, nonstandard lighting and pavement markings and poor pavement conditions.

Planning. As an FAA block grant state, the aviation section is the approving authority for all airport master planning (AMP) and airport layout plans (ALP) for general aviation airports in Missouri. An AMP is a planning document used by airport owners and MoDOT to coordinate logical development of airport facilities. An ALP is a visual depiction of all existing and planned airport development.

The aviation section also maintains a state airport system plan (SASP), a constantly changing database of information tracking aviation facilities and activity levels at Missouri airports. Airport activity levels are tracked using several acoustical traffic counters that are placed near runways around the state for a period of time. The SASP, along with the National Plan of Integrated Airport Systems (NPIAS), are the primary resources for reviewing and prioritizing applications for grant funds to improve an airport.

Technical Assistance. A public airport owner does not have to have an active MoDOT grant to receive technical assistance on airport issues. State and federal regulations related to airports can be very confusing. The aviation section has a knowledgeable staff that can provide technical assistance to airports on a variety of operation, maintenance and construction issues. This service is free of charge. 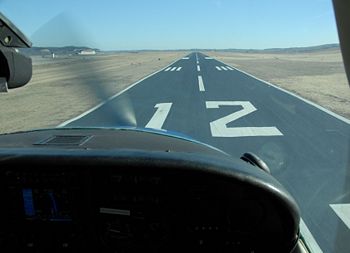 Missouri's role in aviation began in 1945 under the Department of Resources and Development. Communities, under the Memorial Airport Act, could receive a one-time $10,000 grant for airport establishment. In 1974 the aviation section was moved to what is now called MoDOT and an Aviation Trust Fund was established to assist in airport maintenance and to publish an aeronautical chart. In 1989 the section began distributing federal airport funding to general aviation airports under the state block grant program.