Difference between revisions of "121.3 The Statewide Transportation Improvement Program (STIP)" 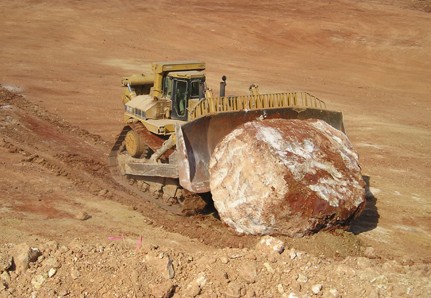 The STIP includes committed construction projects MoDOT awards over a five-year period. The STIP is a rolling construction plan; as one year is completed, another year is added. The STIP is fiscally constrained both over the projected revenue over its life and by each fiscal year. MoDOT districts, MPOs, RPCs and the MPO and RPC boards of directors determine which high-priority projects should be funded.

The yearlong involvement of planning partners, which includes MPOs and RPCs, public officials, special interest groups and citizens, culminates in a 45-day public comment period for the draft STIP. The document is publicized and distributed to locations where Missourians can review it and offer comments. Changes are made in response to comments before a final draft is developed and presented to the Missouri Highways and Transportation Commission for approval.

MoDOT is required by law to produce a STIP that accounts for all of the funding to be spent by MoDOT over the given time frame. This requirement, together with public expectations, will not allow MoDOT to produce a STIP that only includes right of way and/or construction funds for a few projects while including preliminary engineering funds only for the remainder. MoDOT does not have the option to scope projects through four years of the STIP and include right of way and construction funds for projects in only the current year. The first three years of the STIP should be fully programmed with specific projects.

This does not rule out the possibility that some projects may require the programming of preliminary engineering funds only in the STIP for multiple years in order to allow the scoping process to be completed. Preliminary engineering funds should be included in the STIP prior to the first year that a project specific commitment of right of way and/or construction funds is required to be included. There must be a balance between the desire to produce the most accurate estimates possible and the requirements for producing the STIP.

Preliminary plan quantities and historic unit cost data are used to produce the STIP construction cost estimate. Refer to 104.7 Estimates for additional information. Right of way estimates will be based on the tentative right of way lines identified in the preliminary plans and preliminary estimates of individual property values. At this point in the project development process any unusual conditions or costly items, such as major utility adjustments, how traffic will be handled during construction, any special working restrictions that may be placed on the contractor, incentive/disincentive clauses, contract acceleration clauses, environmental constraints, environmental mitigation commitments, etc., should also be identified and included in the project’s estimate.