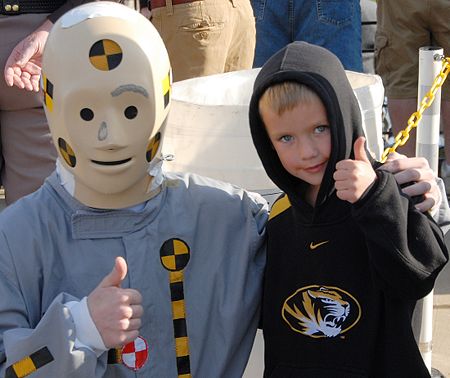 Missouri's Blueprint to Save More Lives is an umbrella guide to increase coordination, communication and cooperation among state and local agencies, law enforcement, planning organizations, non-profit organizations and other safety advocates throughout the state. The Missouri Coalition for Roadway Safety (MCRS) is charged with leading the statewide implementation effort to effectively deploy strategies outlined in the Blueprint. In addition, regional plans will be developed to address targeted crash problems in their respective areas.

Blueprint partners are a group of safety advocates representing the engineering, enforcement, education and emergency medical services areas. The Blueprint is a collective effort of the (MCRS) and safety professionals throughout the state. The MCRS leads the charge to implement the Blueprint and encourage safety partners to focus their activities and programs in support of the “Necessary Nine” and subsequent emphasis areas, targets, and strategies. The state has been divided into ten regional coalitions that have each developed a safety plan. The coalitions meet on a regular basis to discuss their concerns, review how their countermeasures are working and consider ways to improve their efforts.

As per MAP-21, if a roadway is functionally classified as a rural major or minor collector or a rural local road with a severe crash in the previous 5 year period, it is classified as a High Risk Rural Road. Focusing on severe crash experience is a guiding principle of “Missouri’s Blueprint to Save More Lives”.