Support. The neutral area between approach-end markings that can be readily crossed even at considerable speed sometimes contains slightly raised (usually less than 1 in. tall) sections of coarse aggregate or other suitable materials to create rumble sections that provide increased visibility of the marked areas and that produce an audible warning to road users traveling across them. For additional discouragement to driving in the neutral area, bars or buttons projecting 1 to 3 in. above the pavement surface are sometimes placed in the neutral area. These bars or buttons are designed so that any wheel encroachment within the area will be obvious to the vehicle operator, but will result in only minimal effects on control of the vehicle. Such bars or buttons are sometimes preceded by rumble sections or their height is gradually increased as approached by traffic.

Guidance. When raised bars or buttons are used in these neutral areas, they should be marked with white or yellow retroreflective materials, as determined by the direction or directions of travel they separate. 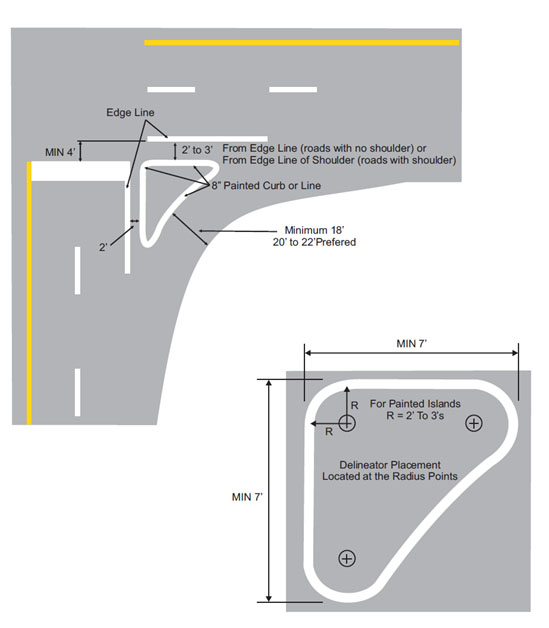