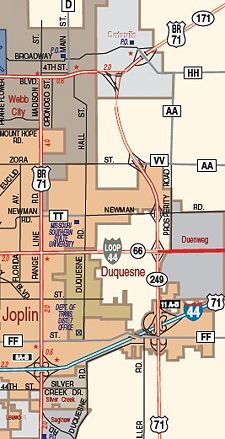 Changes and revisions to route markings can be the result of new construction, actions of adjoining states or changing conditions in an area. The district must initiate proposed route marking revisions. When considering a route marking change, two items are to be considered:

The district must then submit a recommendation to the Route Marking Committee Secretary for review and approval. The recommendation is to be electronically transmitted and shall include:

One to two months should be allowed for a state numbered or lettered route-marking change to be considered and approved. Up to a year is to be allowed for final approval of a proposed change to U.S. or Interstate routes because the AASHTO subcommittee that considers federal route changes only meets twice a year, in the spring and the fall.

The transmittal letter should indicate whether the request involves other states. When a federal route change affects another state, the submittals are to be coordinated and presented to AASHTO at the same meeting.