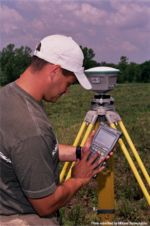 The work conducted in each type of survey must be done to the best possible accuracy. The results of each survey form the base on which successful completion of the transportation improvement is determined. 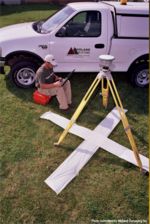 Photogrammetric surveys are performed by making measurements from aerial photographs properly oriented to a few field measurements to form, in proper equipment, a small scale three-dimensional model of a part of the earth's surface. Through the use of stereoplotters the location and elevation of man-made features are obtained from the model. Conventional surveys require numerous field measurements to obtain the same data and information 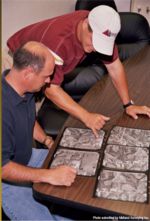 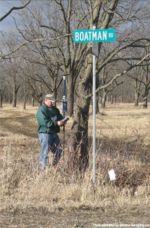 A route survey is made to physically establish a location in the field. It includes the location of all man-made features in relation to the established roadway centerline in such a manner that these features can be accurately indicated on the plans. The survey also includes elevations on National Geodetic Survey (NGS) or United States Geodetic Survey (USGS) datum necessary to locate grades, culverts, bridges, and to compute excavation quantities.

Construction surveys play a key role in the successful completion of a roadway improvement project. A major duty of field personnel is the proper, accurate, and timely staking of control points on the project. The importance of staking and handling related fieldwork cannot be over stressed. The contractor's progress often depends on adequate staking.

Survey personnel are in an excellent position to promote good public relations for MoDOT. They are usually the first representatives of the department to contact people affected by proposed highway improvements. Therefore, it is the district survey party chief’s responsibility to insure their personnel present a good appearance at all times. Additionally, the district survey party chief acquires general information concerning the proposed improvement to inform people encountered during the survey.