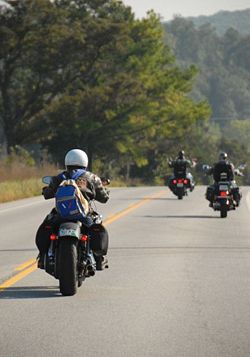 MoDOT is committed to providing a safe transportation system that does not compromise the well-being of its employees or customers. A large part of this commitment includes researching and implementing engineering strategies to continually improve traffic safety on all Missouri roadways. In order to provide the greatest benefit, MoDOT has focused on reducing fatalities and serious injuries that result from more severe crashes. In addition to focusing on severe crashes, MoDOT has also began implementing a systemic approach to safety improvements. This approach acknowledges that while severe crash locations tend to be random, severe crash types can generally be predicted. For example, while future crash locations along a specific highway cannot be known, data from prior years can suggest that crashes in which a vehicle left the roadway are common. Therefore, instead of only making improvements at specific locations with crash history, improvements, such as rumble strips, can be made along the entire corridor to help prevent or minimize identified crash types.

While recent results are encouraging, efforts to improve traffic safety must continue in order to keep reducing fatalities and serious injuries in future years. These efforts in Missouri are guided by the state’s Strategic Highway Safety Plan (SHSP), also know as Missouri’s Blueprint to Arrive Alive. This document outlines emphasis areas for highway safety in Missouri as well as key strategies to be implemented in order to achieve desired results. In addition, MoDOT has developed the Safety Program Guidelines to help ensure resources are allocated to engineering efforts with the greatest potential to reduce fatalities and serious injuries. These documents along with other resources found below enable smart decisions for beneficial strategies to help more Missouri road users arrive alive each year.

The following 7 pages are in this category, out of 7 total.