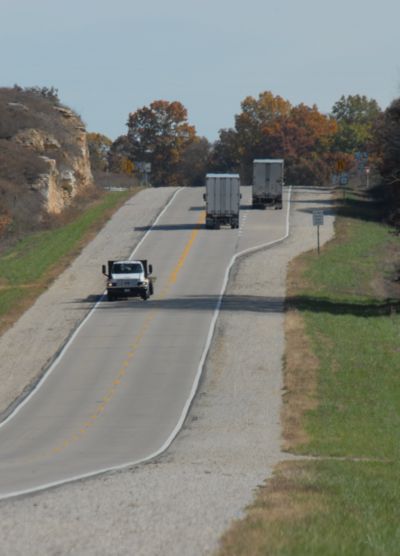 Standard shoulders are used throughout the length of the climbing lane unless a lesser shoulder width would substantially reduce costs. In no case will the shoulder width be less than 4 feet. Pavement marking and signing are essential to the operation of climbing lanes. Climbing lanes should be extended over crests whenever possible to facilitate truck acceleration.