Some major roads consist of a mixture of freeway (with grade-separated interchanges and no driveway accesses) and expressways (with at grade public road intersections and driveways). The transition between freeway and expressway must be carefully planned so drivers are well aware that a change in the access character of the roadway has occurred. This guideline does not apply to minor roads.

The following distances are to be provided between the taper of the final ramp on a freeway cross-section to the first at grade intersection (and potentially the first traffic signal) on an expressway cross-section on the same facility.

Transition between Freeway and Expressway

Spacing greater than the distances shown in the table is advantageous for safety and operations. 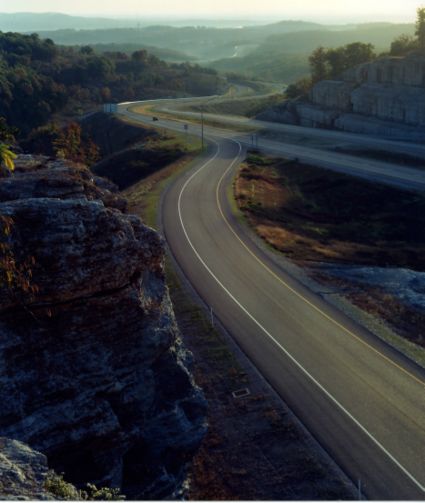