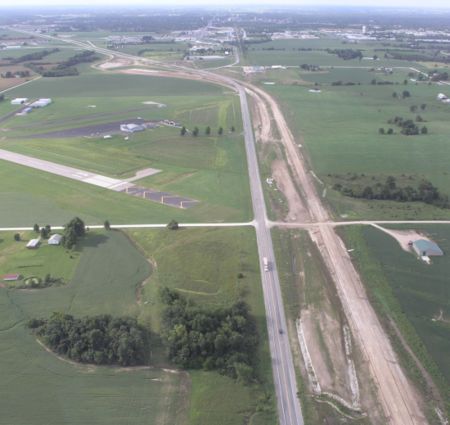 Class 2 consists of grading where it is necessary to excavate and haul material approximately 200 ft. to bring the roadway to the desired grade and may involve work on high banks and side hills. It is not the intent of this item to require the contractor to haul material across several hilltops or for unduly long distances. Grades can be controlled within 0.5 ft. Profile grades are indicated on the plans by a dashed line in the vicinity of culverts, at sight distance controls, and at any other locations where it is necessary or desirable that this grading be performed to a controlled grade. Otherwise, profile grades are not shown.

When specifying Linear Grading, Class 2, the designer should show the estimated volume (yd3) of material to be placed or removed on the Summary of Quantities 2B sheet. Though this class of grading is paid for in units of stations or meters, the volumetric estimates allow the contractor to more accurately bid this work.

Linear Grading, Class 1 can be used as a unit of measurement for grading approaches on plans for all systems within the limits of Class 1 and Class 2 Linear Grading. Measurement will be made to the nearest 10 ft. for each facility and totaled to the nearest 100 ft. If grading quantities exceed Class 2 limits, Volume Grading is required and specified for approach construction. No attempt is made to adjust volume grading quantities where linear grading is used for grading approaches connecting to sections of the main roadway being graded by volume. 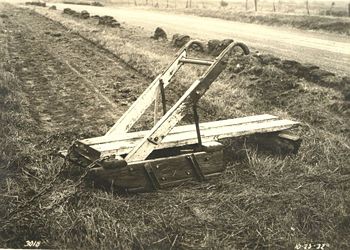 Mule-powered sod busters broke the ground in preparation for highway construction. Photo from 1932.

The construction of inlet and outlet ditches is included in the roadway linear grading if the excavation for the construction of the ditch does not exceed approximately 50 yd3 on either side. If the ditch excavation does exceed approximately 50 yd3, it is paid for by volume grading, and the quantities for the volume grading are indicated on the plans in addition to the linear grading quantities. 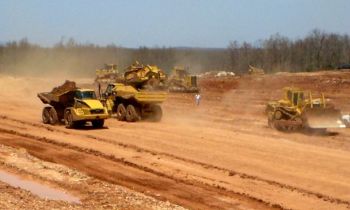 This work consists of grading work necessary to bring a roadway to required grade and cross-section, allowing reasonable tolerances for economic reasons. When performing Design field checks, consider the availability of material needed to complete the grade. The cost for the different methods for completing the grade should be reflective of the effort required.